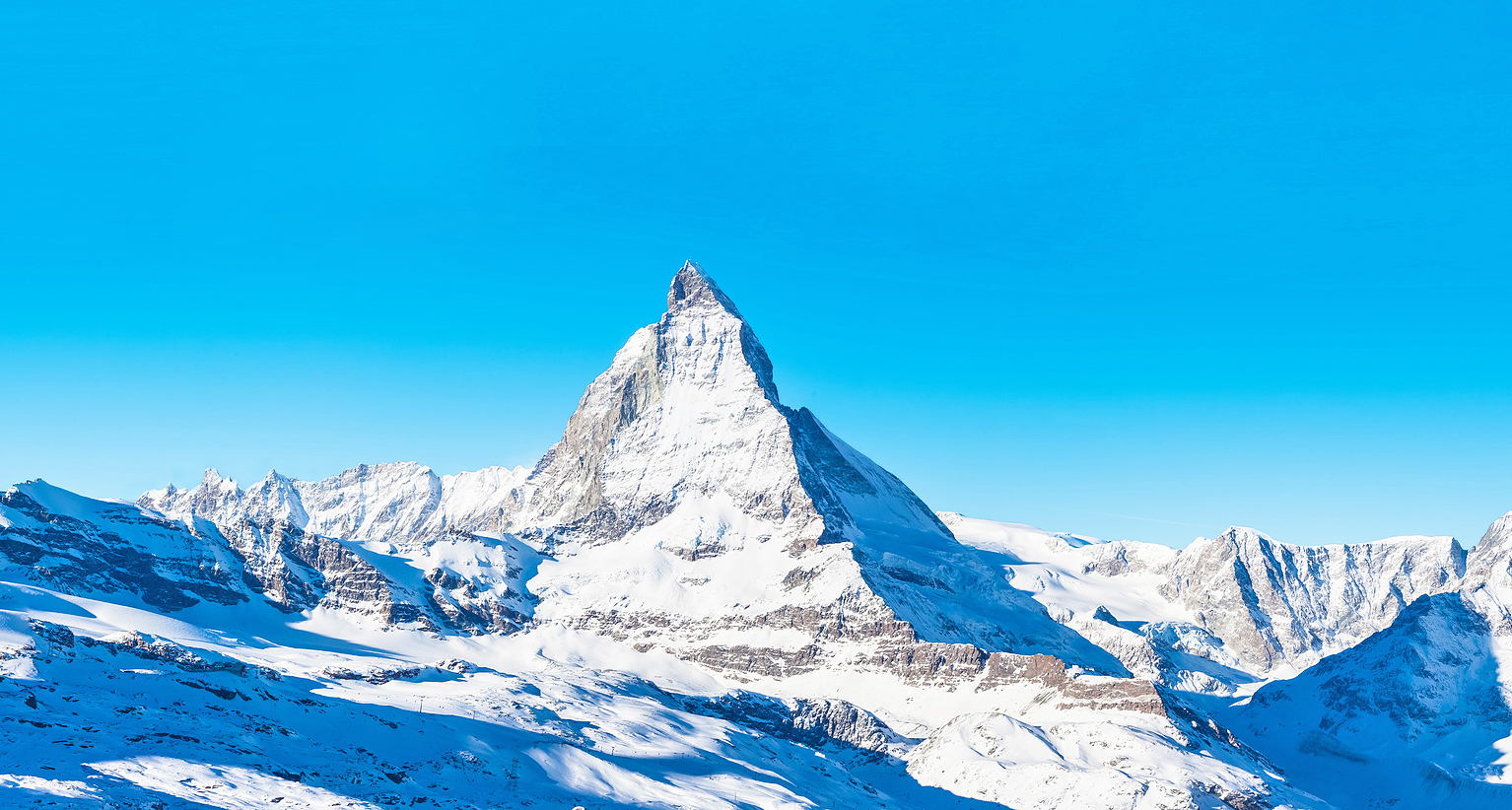 Valais / Wallis - The kingdom of the gigantic mountains

“The sky throws a gigantic arc over us, which seems to spread to infinity like you ordinarily only see on high seas” Carl Zuckmayer (1896-1977), citizen of honor of Saas-Fee.

With the Matterhorn and the Aletsch glacier, the Valais/Wallis owns two of the gigantic attractions of Switzerland. But the Valais does not only line up the highest summits of the Swiss Alps, the masses of stones make this canton a heavy weight. The Rhone valley is extreme: it is the deepest of all the Alps. Carved by the Rhone glacier to become a deep gutter, it is marked by collapses of prehistoric mountains as well as modern water distribution. The Valais shapes a corridor of dense traffic, abundant agriculture and wine production, and a remarkable industrial zone.

Around the Rhone valley, extreme mountains and valleys. The lower Valais is an antique cultural space. It was inhabited by Celts, Romans, Alemans and Burgundians. The passes on the Alps wear traces of foreign armies as well as merchants, pilgrims, poets. The churches rise abruptly like the mountains, for example in the episcopal city of Sion.

Upper Valais - let’s open up our eyes to the Matterhorn!

28 summits above 4'000 m rise to the sky around Zermatt. The most famous is the Matterhorn (in French Cervin), one of the most magical mountains of the world.Be it following the “holy waters” of the historical bisses (irrigation channels), or the long tongues of the glaciers shaped by crevasses, or on paths where in bygone days merchants passed with their mules, the Upper Valais offers hikers and climbers pure nature in summer as in winter. On the slopes exposed to the south, vineyards integrate perfectly into the mountainous landscape. The wines, which grow here have strong character and are world famous.

Comfortably over the mountains. If you travel through the Valais by train, you will not only avoid the curvy roads, you will also have the leisure and tranquility for enjoying the journey. Some of these lines are among the most beautiful of Switzerland.

Brig - Starting point for excursions in the Alps

Located on the intersection of several mountain pass roads (Simplon, Grimsel and Furka), with northern access to the Simplon Pass, the little city has gained importance as a commercial center and crossroads. The Stockalper castle of the 17th century in a severe Baroque style with three towers reflects the power of the early capitalist Kaspar Jodok von Stockalper who reigned over the business monopole of the Simplon Pass. Visits of the old Stockalper House and the Church of the Jesuits are really worthwhile. Have a look at the liveliest city of the Valais/Wallis! In the sector Glis, the parish Church of Maria’s Assumption (Mariä Himmfelfahrt) deserves a stop.

On the other side of the Rhone river lies the little city of Naters. Have a look on the parish Church St. Mauritius and the Museum of the Swiss Guard in the Vatican in the fortress of Naters

Sion - The oldest town of Switzerland

Goethe’s judgment was as devastating as unfair: "Here in Sion the inns are horrible, and the city looks horrible and black." On the 8th of November 1779 he passed through the town; but still the same evening, as he stopped in the next town Sierre, he regretted not having visited Tourbillon.

The capital of Valais/Wallis has two souls. In the lower French speaking valley, it is called Sion, in the higher German speaking valley, it’s called Sitten. The locals, being bilingual, like to speak with each other mixing the two languages. The city is located near picturesque vineyards and at the bottom of two steep rocks carrying a basilica and a refuge castle since the early Middle Ages. The Celtic ancestors baptized the city. Around 570, the city was promoted to an episcopal center and became an important commercial center of the whole region. Sion reached its wealth with commerce and wine production.

Because the fortification ensemble with castles and forts of the Middle Ages is so well preserved, mockers pretend that the people of Sion still behave as if the Saracens still stood in front of the walls. Especially at nighttime, the city looks very defensive. Then, the illuminated ruins of Tourbilon and Valère high up above on the hills look very impressive. The Basilica of Valère is also worth a visit. It holds the oldest still playable organ of the world, a swallows nest organ built in the wall. The third big building is the colorful Notre-Dame-du-Glarier in the middle of the town.

The museum of vineyards and wine "Zumofenhaus" in Salgesch is also worth a visit. One of the most important attractions in the region is the Pierre Gianadda Fondation in Martigny offering temporary exhibitions of world famous painters or periods. Nearby is the Museum of Saint Bernard Dogs, which tells the story of the famous avalanche rescue dogs.